If you’re heading to Europe and want more than just a short and stationary city break, then you might want to consider a river cruise on some of the most beautiful waterways in the world. They are a great way to see Europe a little differently, and you’ll discover places that you might otherwise have missed, or simply not known about. It’s often these little unexpected gems that make the best memories on a trip.

Cruising is a really simple and enjoyable way of getting from A to B, whilst having all the logistics of your trip taken care of, from food and lodging to transport and activities. This is city-hopping in style, without the stress of buses and trains, and there’s nothing quite like waking up in a new destination each morning. European river cruises are great for first-timers to the continent, and those who just don’t want to spend half their holiday unpacking and repacking their suitcases. River trips also give you a really good feel for an area in a relatively short amount of time, which is ideal if you don’t have heaps of annual leave to take. Wine tasting is one of the great pleasures of river cruising

There are lots of different areas in Europe which offer river holidays, but we’ve chosen 4 of the most picturesque and iconic waterways to give you an idea of the possibilities of this type of tour.

One of the greatest river cruises in Europe is along the mighty Danube, a waterway that not only takes in multiple capital cities and heritage sites, but also has one of the world’s most famous waltzes named after it (the Blue Danube by Johann Strauss II). If you’ve never been on a cruise, this is a good place to start. Trips along the Danube can take in cities such as Vienna, Budapest, Bratislava and Belgrade, with tours to historic districts so you can admire the architecture, visit the opera and sample traditional local cuisine. Shore excursions also take in medieval castles and monasteries that perch precariously on mountainsides, as well as exploring the beautiful countryside along the banks of Europe’s second longest river. For the energetic there are cycling and hiking adventures, with or without a guide.

Budapest is one of the capitals along the Danube

One of Europe’s most iconic rivers, and probably the first one you learn about in school, the Seine flows from near Dijon in northern France, through Paris and into the English Channel at Le Harve. It’s a popular choice for river cruising, taking in stunning rural French countryside and a multitude of medieval towns, whilst offering an affordable base for exploring the romantic and historic sites of Paris, one of the most expensive cities in the world. The Seine offers an impressive variety of shore excursion options. From strolling through sun-dappled vineyards in picturesque Burgundy and honing your wine-tasting skills deep in the green valleys, to getting to grips with the French Revolution at the museums and cathedrals of the City of Lights, there’s something for everyone. Cruising is one of the best ways to visit Paris

Beginning its life in the mountains of Switzerland, the Rhine then snakes through Liechtenstein, France, Austria as well as Germany before reaching the Netherlands and flowing into the North Sea. This is a solid choice for travellers wanting to explore Western Europe and its major cities and sights. We recommend stopping at Basel in Switzerland, with its incredible medieval old town, 12th century Gothic cathedral and a vibrant arts scene. The fondues are really good here too, if cheese is your thing! Another popular spot is Germany’s Black Forest, famous for more than just gateau (although that is very good!). You can also go hiking through the evergreen forests, gaze up at the high peaks and stop for coffee in the quaint villages in this breath-taking part of the country. And if you’re dying to get a tulip selfie, then you’re in luck as the Rhine passes through the Netherlands, giving you the chance to explore these vast and colourful flower-filled fields. Heading over to Spain now, the Douro River begins in the hills of Soria up in the north of the country, before flowing down through Portugal and ending in Porto. A cruise on the Douro is all about castles, monasteries and mansions, extensive views of hillside vineyards, and of course as much wine and port tasting as you can handle. Here you can visit sites made famous by the Spanish Inquisition, take part in historical shore excursions and stroll along the cobbles of ancient towns whilst learning about the culture and enjoying local food in the traditional cafes you’ll discover along the way. If you want to see some real Flamenco there are day trips to the UNESCO World Heritage Site of Salamanca on offer, and of course you’ll love checking out Porto, the capital of Portugal and an intriguing blend of old and new, full of palaces, churches, and stately bridges. 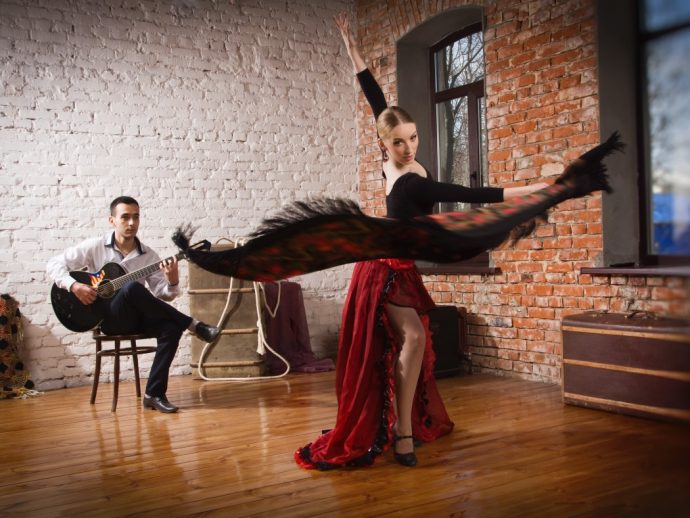 Have you ever been on a European river cruise, and do you have any tips to share?

A couple of years ago I came across a photograph in a glossy travel magazine. It showed a four poster bed with billowing drapes…